I could (should) be cleaning my house right now, but I'd rather tell you about it than deal with it. Its history is more interesting -- such as I can piece together anyway -- than its present.

Our house was built in 1916. It's one of those old rowhouses one finds in many cities on the East Coast. Brick. Sturdy. More or less spacious if you have the whole thing to yourself, as far as urban living goes. Many similar houses in our neighborhood have had their insides demolished and rebuilt into condos -- one condo per floor that, these days, cost more than we paid for the entire house back in 2002.

I used to turn up my nose at all that expensive refurbishing. Who would want something small and pricey that had had all of its history destroyed if one could have something three times the size with most of its original detail -- with relics from its original owners, from nearly a hundred years ago, still remaining up in the attic?

Peaches and I were both pretty naive. Yes, the house was a good investment, but we had no idea how much work and cost it would take to maintain -- and how unequal to the task we would prove to be. In the first few years, Peaches did some re-wiring (the electrical system hadn't been updated, the inspector told us, since the 1930s); I painted the bathroom. And then we sort of realized that neither one of us was really that into (or good at, on my part) home improvement projects. And so, yes, we have beautiful hardwood floors and molding around the windows and doorways and baseboards, and we have a cool clawfoot bathtub and a beautiful pocket door ... 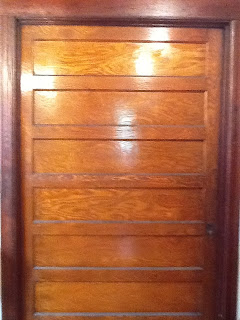 But we also have ceilings that look like this in places:﻿ 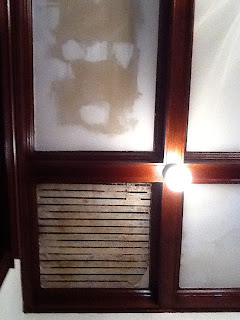 You can see the beautiful wood trim but also where the plaster has come down, more than once. And then there's the brick work both outside and in the basement (right now, we're just doing the floor in the basement -- bricks will have to wait), the 100-year-old windows, the plumbing, the porch, the roof ...

Except, what you will never find in a renovated condo is something like this: 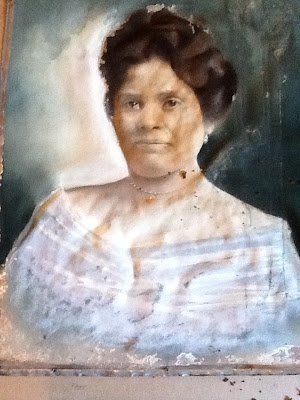 We found this painting up in the attic when we moved in, along with some old furniture, a candelabra, about a dozen empty antique Jack Daniels bottles, and a stack of dental books from the 1920s. 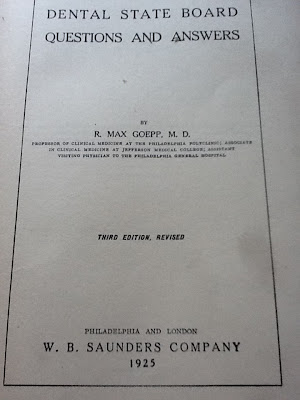 Who is the woman in the painting? Who painted her? Who sat up in the attic studying by candlelight to become a dentist at a famous Historically Black College, in a segregated city, drinking whiskey and dreaming about the future across the rooftops on warm breezy nights?

It must have been a fine house back then ... way, way back when Langston Hughes was writing poetry and working as a busboy quite literally just down the street ... Did the artist live in the house? Did the woman? Were the artist and the dental student the same person? How were they related to the woman? Perhaps the woman was the artist herself and had painted a self-portrait?

Way, way back before the 1968 riots destroyed many old houses here ... When we moved in a decade ago, there were still houses boarded up, still a few burned out shells. This neighborhood has seen its share of highs and lows, and while the gentrification that's taken place recently has its critics (and, personally, I despise the brand new, large condo/apartment buildings that have also gone up), many of these old houses, unlike ours, were uninhabitable until they were refurbished -- in many cases, completely rebuilt.

But there are plenty of houses like ours that have been unnecessarily torn up, their histories thrown away and replaced by stainless steel appliances and granite countertops and bright new, white paint ...

What will happen to the stories these old houses once had to tell? Who will remember? What will happen when our cities forget how they came to be, how the extraordinary but ordinary lives of those who once lived here built, brick by brick, individual by individual, the places and spaces -- houses, cities, societies -- we have come to call home? 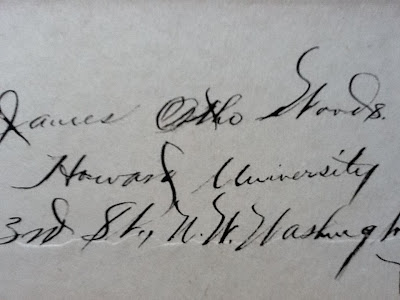