"how to quit adjuncting"

According to my traffic stats, lots of you readers find this blog by Googling that phrase or something like it. However, I don't think I've actually ever addressed the "how to" question directly. Here goes:

If you're asking "how to quit adjuncting," the odds are you've been trapped in academe for a long time and that academe has distorted your perceptions of what your options are both inside and outside academe.

This distortion, though, is not your fault -- it's just academe being academe, poisoning your perception of your status as an adjunct by making you believe that, if you stick it out for just a little while longer, things will get better, a tenure-track "real" job will come along, while at the same time making you believe things would be even worse if you were to quit and find a nonacademic job. This is how academe has ended up with such a willing and seemingly endless supply of adjuncts -- that is, by making you believe that adjuncting is your best and only option.

It's a good thing you're starting to resist. Asking "how to quit adjuncting" is the right thing to do. I was asking myself that question right about this time -- maybe a little closer to November when I knew nothing had come of my academic job search -- just one year ago.

I don't have any magic, sure fire advice here that will work for everyone in every situation, but here are some tips, based on my experience, to help you quit adjuncting:

Decide when you're going to quit.
While that may seem obvious, there's a difference between telling yourself "I want to quit" or "I should quit" or "I can't stand this adjunct hell I'm stuck in and I really need to quit" and actually making the decision to do so. If you don't commit yourself to a decision about when you're going to quit, you're less likely to take the appropriate steps to make quitting something you CAN do, both emotionally and financially speaking, in terms of finding your next job. So decide when and start planning for it.

Right now would be an optimal time to plan to quit at the end of this semester that is just now getting under way. Last year, what I decided was this: I would do another tenure-track job search. If I landed any interviews that would leave open the possibility of a tt job this fall, I would continue to adjunct through the spring. If I didn't have any prospects, I would quit, ideally finding a new, nonacademic job in between fall and spring semesters. When November rolled around and nobody had called inviting me for an MLA interview, I started looking for that new, nonacademic job in earnest. I had a few interviews and started my current job at the end of January, a week before spring classes started.

Decide if you'd be willing to quit in the middle of a semester and under what circumstances.
When it comes to looking for your next job, the academic calendar is a pain in the ass. The nonacademic world has no regard for the beginnings and endings of semesters, but if you're serious about quitting adjuncting, you have to be mentally prepared to jump ship in the middle of a semester if the right opportunity comes along. No, quitting mid semester is less than ideal, but you might have to do it -- or face being stuck adjuncting for yet another semester if another nonacademic job offer doesn't come along.

Look at it this way: Academe doesn't care about you. They'll find a replacement. Your students will survive. Academe is paying you shit and treating you like shit for the "opportunity" to work in a profession that offers you no long-term career prospects and not a hell of a lot in the short-term, either -- you can't even count on having a job as an adjunct next semester. Not only should your department not be surprised by your quitting mid semester, if you have to, but they should expect it to happen more often than it does.

Remember that your semesterly adjunct contract is hardly binding. All it stipulates is that you have to show up to class for the required number of days in order to collect your miserable paycheck. If you don't show up to class -- because you quit -- you don't get paid. It's that simple. Don't ever expect to teach in that department again if you do quit mid semester, but otherwise, you owe them nothing. They're not going to sue you for quitting. It's a matter of rational self-interest, so, if you have to, just do it. And feel no guilt whatsoever. You will be forgotten as soon as they hire some other poor sucker to replace you, which they very quickly will.

Here was my logic on the mid semester question: Ideally, I wanted to quit between semesters, and, ultimately, that worked out for me. However, I did quit only a week before spring classes started, after I had signed a spring semester contract (and, as I've blogged before, they were already asking me back in the fall six weeks after I'd quit!), and I was mentally prepared to walk away mid semester if the right opportunity came along. What I mean by "right opportunity" was a job with a particular minimum salary (a little higher than what I'm currently earning but based aggregately on the jobs I'd been applying for) that would allow me to feel good about saying to Scheduler of Adjuncts, "I'm sorry to walk out on you mid semester like this, but Employer X has offered me a job that pays Y. Given what you're paying me as an adjunct, I can't afford to say no." So, I wouldn't have walked away mid semester for just anything, but I was willing to do it. Decide what "right opportunity" means for you and don't be afraid to quit mid semester if it comes along.

When you're looking at those job ads, consider that there are things you might be good at -- and that you should apply for -- that you may not have thought you'd be good at or would even want to do while you fancied you had a future in academe.
Obviously, you don't want to get into something that's WORSE than adjunct hell, but you're not going to be applying for jobs at a meat-packing plant. And, if you think being on your feet all day would be a worse hell than adjunct hell, don't apply for retail or waiter/waitress jobs. Most likely, you're going to end up at a job in an office, ideally one that has some promotion potential. But what can you do in an office? How are you, as a recovering academic, going to compete with all the job applicants that have already worked in a similar type of job? How do your skills hold up against what the job description says you need?

There are plenty of blogs, books, and advice forums out there that address the issue of what nonacademic work you can do with a graduate degree in the humanities, so I'm not going to get into specifics. But what I will say is to keep your options open. As JC has pointed out frequently and rightly, this next job is just that -- a "next" job, not a "forever" job. You don't have to be especially committed to it or the industry or the type of work. For the time being, you just need something that's going to get you out of adjunct hell. And that's pretty much ... well, a lot of things.

Just to get you thinking, here are a few: writer/editor (lots of different types in many industries), development specialist/associate/coordinator etc. (if you're good at talking to people about causes/issues you care about and have no problem asking for money to support them, look into development positions at nonprofits), program coordinator, management analyst, administrative assistant/associate/specialist (yes, all of them), executive assistant (like an admin asst but requires more refinement, which you have, and can pay pretty well in some industries), communications assistant/associate/specialist etc. (similar to some writer/editor jobs but usually requires more tech skills as well as in-person communications skills, but, hey, you've spent years in front of a class!), corporate trainer (you learn stuff and then teach it to others), and on and on ...

So, but the scarier questions you might be asking are: "How do I explain, on the one hand, that I have the skills they're looking for but, on the other hand, I have no experience at all actually working as an administrative whatever-the-fuck? How do I explain this odd imbalance in a one-page cover letter? (yes, I did say one page -- none of this 2-3 page academic cover letter bluster.) How do I make myself look like I have something to offer them more than sheer desperation?"

Market yourself as a career changer.
I'm not even going to elaborate on this much because it's such a simple concept. Nonacademics understand the concept of career change much better than they can grasp why some dumbshit nerd like you would spend an extra decade "in school" only to come out at the end with no job prospects. You need to tell them that, while you spent 10 years as an educator (a teacher, NOT a student -- yes, you were in graduate school, but that was a matter of professional development) and while this was a job you very much enjoyed and excelled at, your professional and personal goals have changed over time. You are now seeking other opportunities, developing other interests, and looking for new ways to use the talents you've acquired through your experience in the education industry. In other words, you have a lot to offer.

Once I started writing cover letters describing myself as a career changer, I started getting calls for interviews. 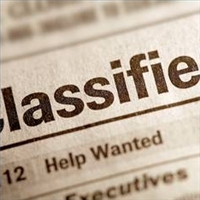