Tenure Is Not The Problem

In an interview with Inside Higher Ed this past Wednesday, Naomi Schaefer Riley discusses her opinion that abolishing tenure would contribute significantly to the reform of higher education. Riley, whose claim to expertise on the subject is that her parents were professors, argues that tenure "leads to  the ideological ossification of faculty members and protects the incompetent."

This claim isn't particularly new and only ever applies -- as anyone who has actually spent a significant period of time working in higher ed knows -- to a tiny, tiny minority. And it is usually made by those who seek to cut costs by getting rid of the most senior, most highly paid faculty members.

It is a straw man argument that sidesteps the real problem with the current tenure system, which is that the majority of faculty members -- i.e. adjuncts -- aren't even eligible to participate in the process of performance review that leads to tenure.

Instead of eliminating tenure, if you open up the process to more people -- instead of shutting them out too early in their careers -- you ultimately get more competition and thus a higher degree of performance at the senior level. Opening up the process to more people at the start of their careers doesn't make the process any less rigorous. If anything, you end up with more scholar-teachers who have met performance benchmarks and have a higher degree of job satisfaction, instead of a a revolving majority of disgruntled, burnt-out, angry, embittered, and penniless perm-temps, who get no rewards, financial or otherwise, when they do a good job.
﻿

﻿
So, why not just switch entirely to a system of multi-year renewable contracts, as Riley suggests?

Commenters over at IHE have done a good job of reiterating -- ad nauseam, as tends to happen in these debates -- why tenure is vital to higher ed. Of course, academic freedom tops the list. You simply cannot maintain an environment in which scholars can produce original research without the guaranteed protection to speak and write freely without fear of losing your job.

Riley believes that "Few fields truly require protections to explore controversial ideas," citing vocational fields such as nutrition and security studies. But such fields are hardly at the core of a standard undergraduate education. They are not central to what we think about when we think of "the university." At the core of a university education are the subjects that teach students to think critically and inquire broadly, whatever noncontroversial, vocational subjects they may end up majoring in.

Creative pedagogy -- the kind that promotes critical thinking and inquiry at the same time it develops the "basic skills" Riley emphasizes -- always runs the risk of controversy. Think of your own favorite professors. How many of them were not at least a little bit controversial in either the materials they covered or the methods they used?

Moreover, even leaving aside professors' political views, those who teach in the humanities and sciences know well how hard it can be to break new ground in ways that challenge longstanding assumptions and traditions within a discipline. Yet you have to be able to know that the ten years you spend writing your next book aren't going to lead to your dismissal because the argument you make, the theory you put forth, the evidence you present -- to put it bluntly -- pisses off colleagues or administrators. Professors have to know that at the end of all that work, no matter who disagrees with them, they still have a job.

If you throw in politics, as the recent Bill Cronon kerfluffle in Wisconsin illustrates, tenure becomes even more important. A nontenured faculty member could never have said the things he said and kept hir job. Whatever you think of Cronon's criticism of the Republican Party, the guy had the right to say the things he did in the context he said them without endangering his job. Tenure protects that right. And, no, academe isn't like other industries in this respect, because where you draw the line between speaking as a professor "on the job" and speaking as a public intellectual outside of your job is ambiguous.

So, where does this leave students? 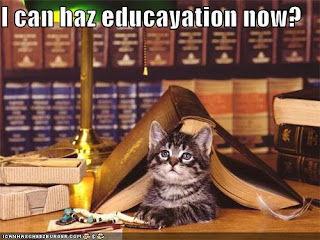 At least part of the reason Riley is able to sidestep the importance of research when she talks about tenure is that she misunderstands what research is and the role it can and should play in how professors, at all different kinds institutions, should use it in teaching undergraduates. She says:


[If} you're an undergraduate student or the parent of one or a taxpayer, I think you should seriously consider that research in most of its forms is not what it's cracked up to be. It's not that I don't think there is ever an interesting humanities or social science paper or monograph that comes out -- I sometimes read them and cite them. It's that these cannot be our priorities.

There are basic skills that students starting college don't have -- hence the growth of remedial education. And there are basic skills and knowledge they are leaving college without. Most employers didn't need Academically Adrift to tell them that, though it's been very useful in explaining the problem to the American public. Maybe people pursuing Ph.D.s in these subjects didn't get into these areas to teach college sophomores how to read and write and give them a survey course on American history or Shakespeare, but that's what these kids (even at the higher-tier universities) need. They don't need a seminar on whatever obscure topic some academic has decided to write a book about.

Does Riley speak from experience of such classes? One has to wonder about her own education: 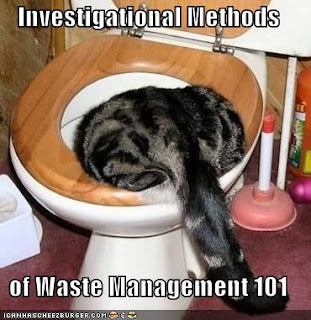 More seriously, it seems that Riley would like undergraduate education to be a neat packaging up of 13th grade "basic skills" and "age-old truths." Talk about a strategy for producing ideologically AND pedagogically ossified faculty! Age-old truths? Would Riley care to enlighten us as to what these are without putting us to sleep?

In fact, truth changes as we acquire new knowledge. And the ways we talk about books, historical events, cultural phenomena, empirical data, human behavior, scientific theories -- you name it -- change, too. Even "truths" about nutrition aren't the same as they were in the past (does anyone still say red meat 'n potatoes is the healthiest way to eat?).

Whether Riley thinks "there is ever an interesting humanities or social science paper or monograph" is beside the point. Although they are certainly welcome to read them (and we are glad when they like them), nonacademics are not the intended audience for academic texts and are not qualified to judge them. That's why we have peer review. 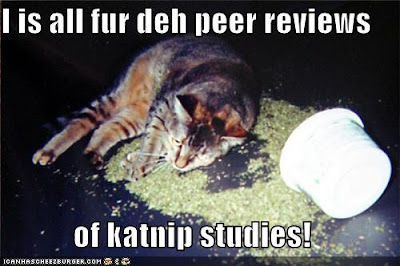 But if undergraduates aren't the primary audience for most of these texts, either, what role exactly does research play in the classroom?

Professors, contrary to the "lazy," "incompetent," "unstable" people Riley sees, are the creators of new knowledge. To a greater or lesser extent, depending on institutional requirements and personal goals for research and publication, professors actively participate in the production of knowledge. And this makes them, arguably, fundamentally different from K-12 teachers. Not better. Not worse. Just different in their relationship to the content they teach.

And college students, whatever their level of basic skills, as young adults continuing their educations, should be exposed to such people and their research because learning the critical thinking skills that lead to producing new knowledge -- even if you don't end up doing it yourself as a part of your profession -- is the logical next step in the development of a maturing mind. Critical thinking is the source of innovation of all kinds, and we need it in the nonacademic workforce as much as we need workers with basic skills.


*     *     *     *     *﻿
﻿I do agree with Riley that there is a greater role for renewable, multi-year contracts, but it is not to have them replace tenure and turn everyone into a long-term adjunct. Rather, we should eliminate what is currently the position of assistant professor altogether and instead offer multi-year, renewable contracts that would give everyone with a Ph.D. employed to teach at a given institution the opportunity to pursue tenure (in essence, everyone starts out as an assistant professor). Such contracts would offer salaries comparable to assistant professors, would vary by institution in terms of teaching vs. research expectations, and would allow individuals to decide whether they wanted to continue to teach under such contracts -- pending good performance -- or undergo the more rigorous review process that would lead to promotion and tenure.
Ultimately, such a system would cut back on the number of opportunities for graduate students to teach (although there'd still be some), which would cut back on the number of graduate students and new Ph.D.s over time -- which, in turn, would eventually end the "oversupply" problem we're now dealing with.
*    *    *    *    *﻿
Tenure itself is not primarily what's ailing higher ed today. But conscientiously and effectively reforming the currently outdated and exploitative tenure-track system would cost money, and that's something Riley and other right-of-center education "experts" need to confront. 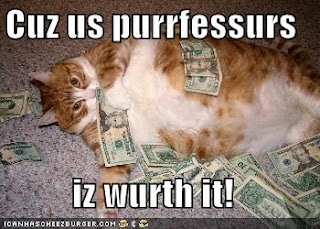