Team Science over here at the Petting Zoo is trying to get some work done on Spaceship Landing Recognizance.

In fact, Outreach Lynx is going to be in Southern State all next week trying to garner support for SLR but doesn't really know how to get it from conservatives and has explicitly ASKED me if I knew anyone that might help with these efforts.

As it happens, SLR is actually something my old friends at conservative New Think Tank are somewhat interested in. They're interested in it for completely different reasons than the Petting Zoo's Team Science, but they're more or less on the same page when it comes to getting policymakers and the public to pay attention to it.

Now, this therefore strikes me as an opportunity for some sort of right-left collaboration -- something along the lines of "I'll scratch your back, you scratch mine." You give Team Science some credibility for talking with conservatives in Southern State's legislature, and Team Science gives your free-market ideas as a means for dealing with SLR more credibility with liberal audiences. However, unfortunately, while these free-market solutions to SLR are more or less supported by environmentalist groups, they aren't something the general population at the Petting Zoo is familiar with.

So, long story short, I talk to Former Colleagues at New Think Tank today and tell them about the Petting Zoo's SLR efforts in Southern State. After some silly but predictable jabs at the cover art on the SLR memo I show them, they agree that, with a little reframing, they could support the Petting Zoo's efforts -- or at least arrange some sort of meeting between Outreach Lynx and the person that works for them in Southern State.

But what happens when I propose this to Outreach Lynx? In fact, all I proposed was, "Do you want me to introduce you to these people I used to work with so that you can talk with them about how you might work together to accomplish mutual goals in Southern State?"

What happens when I send this email? Initially, I just told Outreach Lynx that I had some ideas and would ze want to hear about them. Outreach Lyunx replies enthusiastically, "Why yes!! Tell me of your ideas!!!" When OL hears WHERE my ideas are coming from and who ze would have to talk to, ze stops talking to me. Suddenly, after a few happy, perky, interested emails, there's no reply. Nothing. Nada. 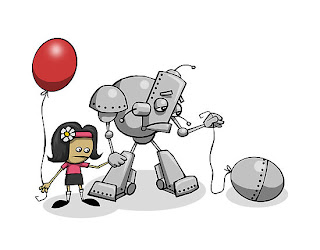 Why? Because didn't you know that People Who Think Differently are EVIL.

It is sad, but, unfortunately, there are more than a few crustaceans here at the Petting Zoo who want conservatives to support Science with a captial "S" -- can't understand why anyone would be against Science -- just so long as they don't have to TALK to them, to "those people."  Eeeeeeewwwwww!!!!!

Now do you understand what's difficult about my program, Expanding Habitats? There are dangers and risks associated with Expansion beyond our standard zones of captivity. Expansion is scary. Not everybody here is ready to leave the cages of their fears and prejudices. It's true that those cages were originally built for self-protection, but now they're barring progress.

Did I mention that Passionate Public Interest Lobbyist also came to me the other day in a fury because I had merely TALKED to someone inside the Lions' Den? PPIL says, "How dare you! Who do you think you are? The Lions do eeeeeeevil things on the Hill. Terrible, just terrible things!! Don't you know how risky it is for you to go there and say you work for the Petting Zoo? They will twist everything you say and turn it against all of us. You haven't worked long enough at the Petting Zoo to fully appreciate how dangerous it is. And you don't even care because you aren't PASSIONATE. You are disrespecting boundaries the Petting Zoo has worked a long time to protect because that's the only way we get to preserve the illusion that we're right about everything!"

OK, so that last part isn't quite what PPIL said, but it's true enough.

Fortunately, the Big Dolphin is on my side and said I should keep talking to whomever I want to. That's what Expanding Habitats is all about ...